You are here: Home / OUR TEAM 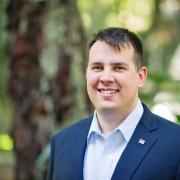 As the Executive Director for the Association of Service Dog Provides for Military Veterans, Jeremiah is responsible for the executive management and strategic vision of the Association.

Prior to leading the Association, Jeremiah was a former State prosecutor and Drug Court Liaison for the State of Florida. He is partner in a small law firm practicing Business and Land Use law with a focus on assisting Military Veterans. Jeremiah is a former board member of the Florida Bar Committee on Military Law and is certified in Veteran Benefits Appeals.

Jeremiah is a graduate of the University of Florida, where he obtained a degree in history. While attending college, he participated in the Army ROTC program, commissioning as a Second Lieutenant upon graduation.

In the military, Jeremiah served as an Army officer for over 13 years, both on active duty and in the reserves. A veteran of Operation Iraqi Freedom, Jeremiah commanded a Military Police company in combat operations in Northern Iraq.

Jeremiah continues his military service in the Air Force Reserves as a Judge Advocate General officer with the rank of Major. Awards Jeremiah has received include: Bronze Star Medal, Army Commendation Medal, Air Force Commendation Medal, Army Achievement Medal and the Combat Action Badge.
Jeremiah graduated from Florida Coastal School of Law. He has also earned graduate degrees in Military History from Norwich University, Land Use & Development from the University of Miami and Business Entrepreneurship from the University of Florida.

Jeremiah was recently elected to the St. Johns County, Florida, Board of Commissioners as the County Commissioner for District Four and is serving a four-year term in elected office.
He is an active member of Veterans of Foreign Wars, American Legion, Military Officers Association of America and the Military Order of Foreign Wars.

Jeremiah and his wife Lauren live in Florida with their two young children. 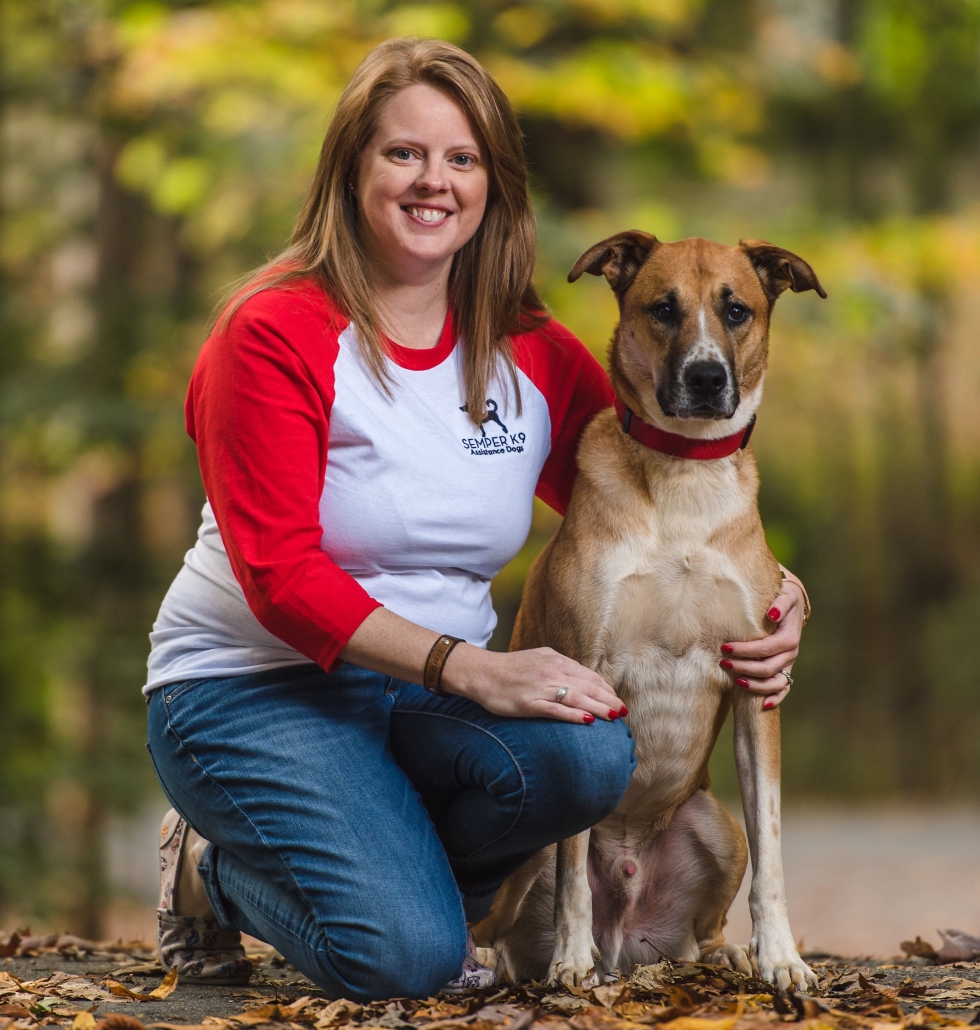 Amanda Baity is currently Publisher of American Service Dogs magazine and Director of Operations and Photo Editor for Prince William Living and Brides & Weddings magazines. An Atlanta native, she has 9+ years of print & online media experience.

Wife of a Marine Corps combat veteran, Amanda co-founded Semper K9 Assistance Dogs in 2014 with her husband Christopher. She is currently Director of Operations for Semper K9 and an advocate for the military community with a focus on invisible wounds.

In her early work career, she was Controller for a multi-million dollar corporation in Atlanta as she attended college. While finishing her degrees in Optometry and Astro-Biology she worked as a family service worker for the Department of Health & Human Services Head Start Program. 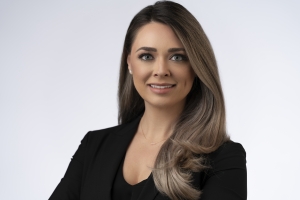 Jordan brings various government, legislative, and non-profit experience to the Association of Service Dog Providers for Military Veterans. She most recently served as the Legislative Director for Congressman Ron DeSantis (FL-06), where managed an extensive policy portfolio and drafted the Puppies Assisting Wounded Servicemembers Act(P.A.W.S.).

Previously, Jordan served as a policy advisor and investigator for the Senate Homeland Security and Governmental Affairs Committee. Previously, she held the role of Director of Outreach and Policy for FAIR Girls, a D.C.-based anti-human trafficking organization which provides direct services to victims of trafficking.

In addition, Jordan served in the Metropolitan Police Department of Washington D.C., where she was selected to the Human Traffic Unit within the Narcotics and Special Investigations Division. In that role, Jordan worked directly with the FBI’s task force on human trafficking, Project Innocence Lost.

Jordan holds a JD from the David A. Clarke school of law at the University of the District of Columbia and a BA from the George Washington University. She lives in Baltimore County, MD. with her husband a former Army Ranger and two rescue dogs, Colonel (Ret.) Darby and Spanky. 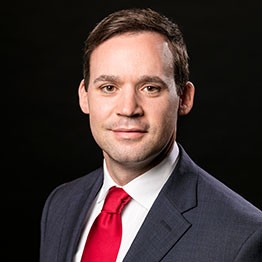 As CEO of K9s For Warriors, Rory is responsible for the executive management and strategic vision of the organization. Under his leadership, K9s For Warriors grew into the nation’s largest provider of service dogs for disabled American veterans and the largest service dog agency in the world using primarily rescue dogs. Prior to leading K9s For Warriors, Rory was a litigator at two international law firms. He also served as a federal prosecutor for the U.S. Department of Justice specializing in public corruption and financial fraud prosecutions. Before earning his law degree, Rory served as Briefing Director for California Governor Arnold Schwarzenegger and as a Deputy Associate Director at the White House for President George W. Bush. He was working in the White House on 9/11 and, ultimately, served as part of the startup staff for the U.S. Office of Homeland Security.

Rory is a national advocate for American veterans focusing primarily on combat-related PTSD, Traumatic Brain Injuries, veteran suicide, and veteran homelessness. In 2015, he partnered with Florida Rep. Ron DeSantis (R-FL-6) to author and introduce the Puppies Assisting Wounded Service Members (PAWS) Act, passage would require the U.S. Department of Veterans Affairs to provide a service dog to qualifying military veterans with severe PTSD. In 2016, Rory helped found the Association of Service Dog Providers for Military Veterans endeavoring to raise service dog standards, outlaw “fake” service dogs, and ensure that every disabled veteran who needs one has access to a high-quality service dog.

In 2016, Rory was elected to the Neptune Beach City Council. In addition to a focus on property rights, Rory authored and passed legislation to make “fake” service dogs illegal, which now serves as a national model. In 2017, Rory conceived of and helped found “Service Dog Pass,” the nation’s first nationally recognized credential for legitimate service dogs. In 2019, Rory was elected to the Jacksonville City Council representing the Jacksonville Beaches. 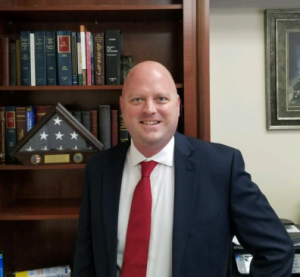 Jacob has an extensive background in criminal law. Before joining North Florida Lawyers, Jacob was an Assistant State Attorney for nearly ten years. He served all across the State in a variety of circuits and in front of a variety of judges. Having tried over 50 jury trials and conducting countless motion hearings, he has handled almost any issue that could present itself in criminal litigation. As a former prosecutor, Jacob has tried cases ranging from Driving Under the Influence (DUI) to attempted murder and murder. Jacob also has an extensive background in white collar crime, organized crime, and complex narcotics investigations. He participated in investigating and prosecuting such cases while serving in the Duval County State Attorney’s Office Special Prosecution Unit for over three years.
Currently, Jacob also serves as an Assistant Judge Advocate General (JAG) in the Air Force reserves. He quickly obtained the rank of Captain and completes his annual trainings, and duty at his base in Little Rock Arkansas. As a reservist, Jacob had to complete the challenging Officer Training School (OTS) and Judge Advocate General Staff Officer Courses (JASOC). As an Assistant Staff Judge Advocate, Jacob has gained extensive knowledge of Trust and Estates. Jacob has helped many service members in this field of law.
Before beginning his career as an Assistant State Attorney, Jacob attended law school at the Stetson University College of Law. While a Stetson, Jacob completed a two-year clerkship with a local private attorney where he worked on all facets of different civil and criminal law cases. Jacob also partook in Stetson’s nationally renowned Trial Advocacy program and had one of the highest rated mock trials among his peers. Jacob also partook in the school’s certified legal internship program, where he became a de facto prosecutor with the Pinellas County State Attorney’s Office. He tried multiple cases even before becoming an attorney and also argued motions to suppress. Upon graduation, he received the Pro Bono Award for his community service.
As an undergraduate, Jacob attended the University of Florida in his hometown of Gainesville. Jacob obtained a B.S. in Journalism. While in college, Jacob was the editor of the Independent Florida Alligator’s entertainment section, a staff writer for the Gator Times, and interned for the Gainesville Sun. After the internship at the Gainesville Sun, Jacob’s editor allowed him to stay on as a freelance writer where he wrote several feature articles.
Jacob currently lives in Jacksonville, Florida with his four-year old daughter. Currently, his interests include working out, community growth, and trying to keep up with his daughter’s constantly changing fascinations. 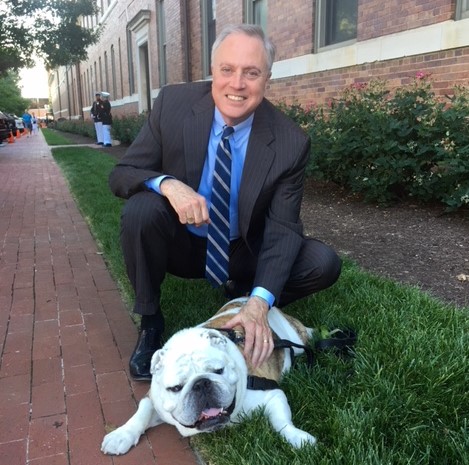 Mr. Metz is a Partner in the Washington, DC Office of Nelson Mullins Riley and Scarborough LLP, an AM LAW 100 Firm. He has more than 30 years of experience in Federal Legislative and Regulatory Affairs, with a background in Defense, Healthcare, and Information Technology. Mr. Metz served as the Chief of Staff to the Late Congressman Floyd Spence (R-SC), who was a Member of both the Armed Services Committee and the Veterans’ Affairs Committee over his thirty years of service in the Congress. During the six-year Chairmanship of the Armed Services Committee by Congressman Spence, Mr. Metz was also a Legislative Coordinator for the Chairman, as a member of the Professional Staff of the Committee. Mr. Metz has served as a Counsel to the United States Senate Labor and Human Resources Committee (now the Health, Education, Labor and Pensions Committee), and he has been appointed to positions in the Executive Branch of the Federal Government, including, serving in the Senior Executive Service. He was also an Assistant Director of the Congressional Affairs Division of the American Medical Association (AMA). Prior to entering private practice, Mr. Metz represented the Federal Government Relations interests of the EMC Corporation, which was acquired by Dell in 2016, and is now Dell EMC.

Mr. Metz is a member of the Bars of South Carolina and the District of Columbia. He is the recipient of the Order of the Palmetto, the highest civilian honor of the State of South Carolina, and a number of other recognitions from the South Carolina Military Department, as well as the Legislative Award of the Reserve Officers Association of the United States (ROA). 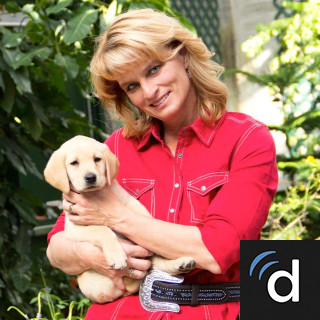 Labs for Liberty co-founder, Dr. Joan Nold, was raised serving her community. One of eight children, her family was comprised of first responders. As a neonatologist, she cares for the sickest and smallest of newborns. As an Honorary Commander with the 388th Fighter Wing, Hill AFB, she supports the individuals of the US Air Force and their efforts to protect our nation. When Joan’s older son, Zach, joined the military, Joan was compelled to serve our nation’s military and first responders. Choosing to exploit her gift with animals and interpersonal skills, Joan established a revolutionary service dog program; hand selecting, custom training, and personally gifting each dog to Veterans and first responders. While the custom training of each dog is integral to the success of the Veteran/dog team, the personal relationships formed between the dog recipients and Labs for Liberty volunteers result in the quintessential family. Just as their service dog is their battle buddy and best friend, Labs for Liberty becomes their extended family.

Mary Peter is a Certified Master Dog Trainer, founder and Chief Executive Officer of K9 Partners for Patriots with credentials in the fields of basic and advanced obedience, personal protection, police K9, attack, tracking, retrieval, utility, and disability assistance training. She also specializes in behavior modification for the problem dog. Mary has been training dogs professionally since 1987 and has earned the respect of the public, law enforcement, and veterinary community.

The Associaiton of Service Dog Providers for Military Veterans Committees